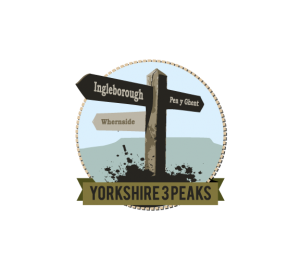 The Yorkshire 3 Peaks is one of our favourite walks in one of the most beautiful landscapes in England! The challenge is to follow a circular route of around 39km/24 miles over three peaks in twelve hours. The start and finish are situated in the picturesque village of Horton-in-Ribblesdale and the 3 peaks are Pen y Ghent, Whernside and Ingleborough.

We meet early in the morning on the day of your event. After a safety brief and kit check you will head-off around 0700 hrs. You will first head for Pen-Y-Ghent (694m/2276ft), utilising parts of the Pennine Way. This is a fairly steep ascent and can be a shock to the system so early in the morning! From the summit you will have quite a long descent down to the first checkpoint where snacks and drinks will be served and a safety vehicle will be on hand if required. From here you’ll follow undulating terrain to over to Ribblehead. A short section of this route follows the B6479 road.

As your second peak comes into view, you will also see the Ribblehead Viaduct looming large in front of you. (The second checkpoint is also located here) . The route then follows the direction of the viaduct alongside the Settle to Carlisle railway for a while, before starting the climb to the second summit of the route, Whernside (736m/2414ft).

The route then drops down to Chapel-le-Dale, before the final climb of the day up to the summit of Ingleborough (723m/2372ft). From here it’s a steady descent back towards Horton in Ribblesdale, where you’ll be presented with a certificate to mark your achievement.