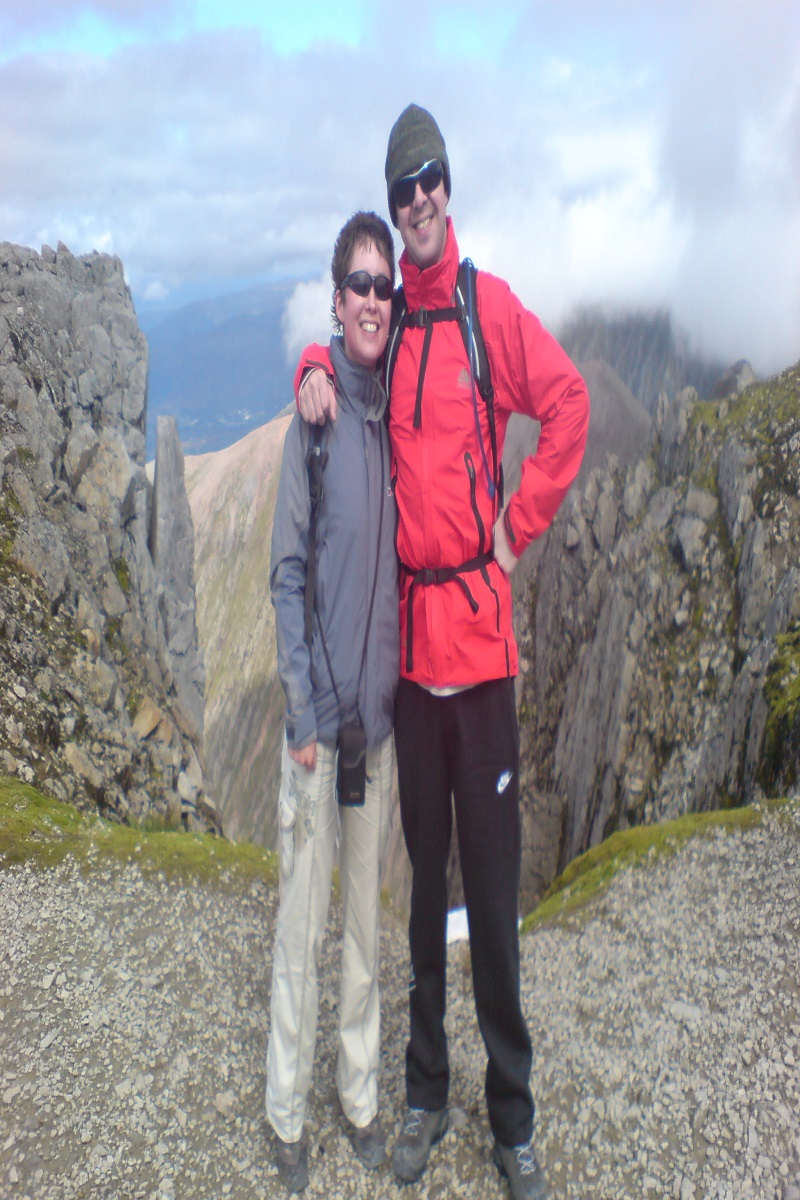 Ben Nevis, Britain’s highest mountain, rises from near sea-level to loom ominously 4409 feet (1,344 metres) above the town of Fort William, on the shores of Loch Linnhe in Lochaber. The mountain is covered in snow for around 7 months of the year and patches of snow will lie on the summit and North face well into the Summer months. In fact, the summit of ‘The Ben’ lies only a few hundred feet below the permanent snow line!
The route to the summit from Glen Nevis follows the Pony Track (often mistakenly called the Tourist Path!), built by the Victorians to allow horses to resupply the summit observatory that was manned between 1883 and 1904. As you start up the rocky path the climb begins in earnest up to the Red Burn, which flows across the path and (just about) marks the halfway point both in terms of distance and ascent. From the Red Burn the path climbs in a series of long winding zig-zags before reaching the summit plateau. On the plateau the route takes you through a mass of stones, cairns and boulders. Care and good navigation is needed here as the North Face is on your left hand side which drop dramatically 2300 feet/700 metres into the corrie below!
The summit is marked by an Ordnance Survey trig point, close to the ruins of the observatory, the former tower of which has been turned into an emergency shelter for the benefit of anyone caught out in bad weather (at least two Mountain and Glen members of staff have spent the night in there!) It’s interesting to note whilst sitting on the summit that this is the highest point for over 400 miles/644 kilometres – the mountains of Western Norway are the nearest higher ground! On a clear day the view from here can reach 120 miles and mountains in Ireland are often visible.
If this has fired your imagination why not join us on one of our regular Ben Nevis daywalks? The day is around 8 hours long and you’ll be guided safely throughout by one of our professional Mountain Leaders, with an intimate knowledge of the mountain, it’s history and it’s flora and fauna.

Climb The Highest Mountain in the UK with us